Do you want to make Facebook work for you? To do so you should start with A Simple Facebook Plan for Your Funeral Business that will justify setting up an account and business page.

The plan doesn’t need to be complicated, as with most things in life simple will work best. Facebook has always been a ‘social’ platform and they often remind users about that priority, however the opportunity still exists to set up and capitalise on a business page. 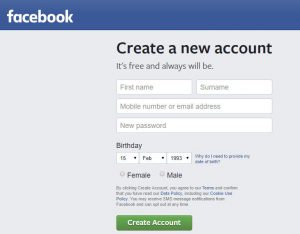 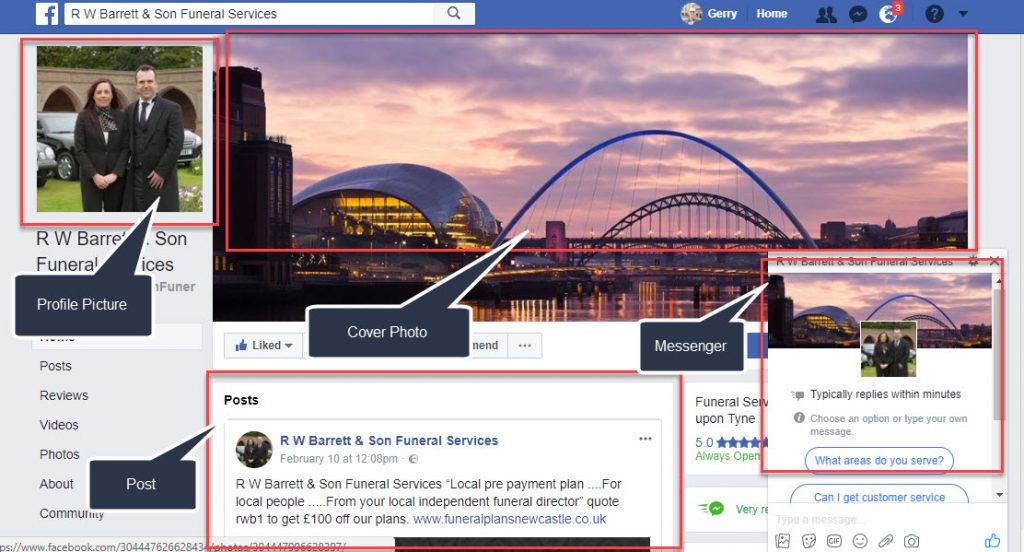 Once you have an account, you can set up a Business Page. You may also want to ‘merge’ an existing’ page. (Facebook creates Business Pages automatically in a similar way to Google and Google My Business pages.)

The lines between social and business are often blurred, the funeral profession is all about people and therefore firmly rooted in the ‘social’ sphere. Justification enough for you to have A Facebook Plan for Your Funeral Business. Bear in mind that, as with any marketing, you should start with your customer in mind:

By the simple fact that people may engage with (i.e. comment and discuss) and share your Facebook Posts your business profile has the potential to be raised.

People may be hesitant about ‘adding a ‘Like’ to a Post relating to a bereavement. Facebook has recognised this in a move that that will be of interest to funeral directors, observing that users were often put in the position to “like” a post about a death without distinction from how they would “like” an engagement photo. In February 2016 Facebook introduced Emoji ‘Reactions’ as an extension of the famous ‘Like’ button

“We kept hearing from people that they didn’t have a way to express empathy,”

Facebook’s emoji “Reactions” appear on the “Like” button. The six animated emoji “Reactions” are Like, Love, Haha, Wow, Sad and Angry. Facebook say that all of the “Reactions” now have the same value in their ranking structure. Emoji Reactions allow people to convey other feeling in reaction to a post other than just ‘Like’

The conclusion might be that in a pinned post on your page or within every bereavement notice you might add text to the effect of encouraging people to convey a feeling and that ‘sadness’ is one option. You might also add a mixture of content in your various posts (i.e. other than funeral announcements) thus including content that people can ‘Like’

Bearing in mind that we’re coming at this with our customers in mind, the primary role of a funeral director is to be available at the time of need to organise a loved one’s funeral compassionately and efficiently. A significant factor within that is to facilitate the involvement, or at least attendance at the funeral, of friends and family.

The occasion of a funeral is a significant life event, if you as a funeral director can share that event with those who are interested and facilitate discussion you will gain approval and engagement. In days gone by, when most people read newspapers, sharing funeral arrangements was done via newspaper announcements. The demise of newspaper circulation saw the rise of press online announcements, largely a revenue replacement attempt by press owners, funded by fees and advertising.

The more emotive and the more visually appealing Facebook content is then the more engagement it will receive and the more friends your page has then the greater the potential for sharing, of course a funeral is naturally an emotive event. From a visual point of view, statistics prove beyond doubt that appealing graphics boost engagement.

In conclusion, your Facebook strategy could be as simple as this:

Finally, in the words Steven Barrett of RW Barrett & Son:

If you recognise value in Facebook as part of your business marketing plan, then there is no point in simply going through the motions by ‘ticking the Facebook box’.  Setting up a Facebook Business Page and doing nothing with it would be futile and a lost opportunity.

Would you like help with your Social Media strategy? Or maybe you would like to share with us and other funeral directors your experience of using a Facebook Business Page. If so, please get in touch.